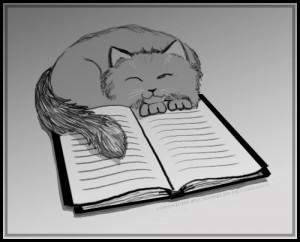 Has your muse struck you with inspiration at the most inopportune times and nary a scrap of paper, working pen, or broken crayon is in sight? Has she waved her magic wand of wisdom while you were driving down the road? Or stuck in traffic? How about while shopping? Tired of writing down precious dialogue or descriptive gems on narrow store receipts, greasy fast food wrappers or tiny bar napkins?  After finally making it to your desk, have you banged your head against the keyboard in an attempt to rattle the vindictively elusive cue into unlocking the best plot ever devised?

To capture such otherwise missed opportunities of inspiration, I have found invaluable my Sony Digital Voice Recorder. I’ve had it for years; it’s my third recorder if you count the old ‘barely-portable‘ desktop recorder.  My current buddy is a tried but true Sony P320.

With a much easier to use record button than most cell phones possess, this recorder is the best weapon against torturous forgetfulness. When a bright idea blinds me, I can just grab this recorder, hit the bright red button and I am good to go. Thought recorded. Transcribed later. Nothing lost to middle-age brain leakage or Droid interface befuddlement.

The advantages of having a recorder handy are numerous. One thing I can actually do pretty well is talk while driving–an activity that often wakes the muse. I can speak a bit of dialogue, a plot line, or a character insight as she fills me in on the details from her spot in the backseat with her grass-stained feet perched up by my neck rest. A bit stinky, really, but that’s another story.  Back to the recorder stuff…

An added expense you might find worth the cost is a transcription software, like Nuance’s Dragon Naturally Speaking.  Software like this will transcribe the recordings for you after you go through a setup process that analyzes your voice.

No tool of the trade is perfect out-of-the-box and, if you do decide to invest in a recorder, here are some words of advice I’ll offer from my experience:

1)  At first it might be difficult to express what is IN your mind. Just go with it. Allow yourself to mumble ah’’s and uhm’s until the thought flows. Repeat it several times until it is smooth.  Yes, there will be some cringe-worthy moments when you listen to it later, but the idea will be there, at its best, maybe 40 seconds to a minute into it. At least it is there!  This goes for dialogue, as well. Don’t worry about High Voice for woman or Low Voice for man unless you want to chortle over the playback. If you do, I suggest listening after two glasses of Riesling.  In any case, you will remember who is saying what.  No need for voice acting unless it helps you feel the characters.

2) If you cannot stand to hear your own voice played back to you, invest in a transcription software. If done right, this can actually save some time. The software writes your voice like it is taking dictation, if you are lucky, which leads to the next note…

3) If you decide to get a transcribing software invest in a good microphone. I haven’t yet–lazy me–and Dragon pretty much has no idea what I am saying.
I’ve grown a thick skin with years of hearing my dumb der’s and duh’s so I opt for taking my own dictations. I’m sort of an emotive writer with an acting background so I’ve found that listening to the playback helps me grasp the emotional current running under the dialogue or description through hearing my voice. This sometimes brings me to the mood of the scene and it is easier to continue on with it in the same emotional state.

4) If you do get a digital recorder, guard it well. There is nothing quite as unnerving as entering the kitchen to hear giggles from beloved family members as they hit playback again and again. This is especially embarrassing if you like to record lyrics to imagined songs. Think I‘m joking? They will do it, if they find it. Seriously.  Don’t even let them know you bought it!

If you decide to get a voice recorder–your little trap to capture the best sparks of inspiration, you will not regret it, even with the cringing and blushing that sometimes comes with getting used to it. I haven’t!

Banner is up and website is almost ready to go! Yahoo-ey!