As you can see from my new section on the right widget side of my website.

Click on the Amazon Icon to go directly to Amazon and start reading! 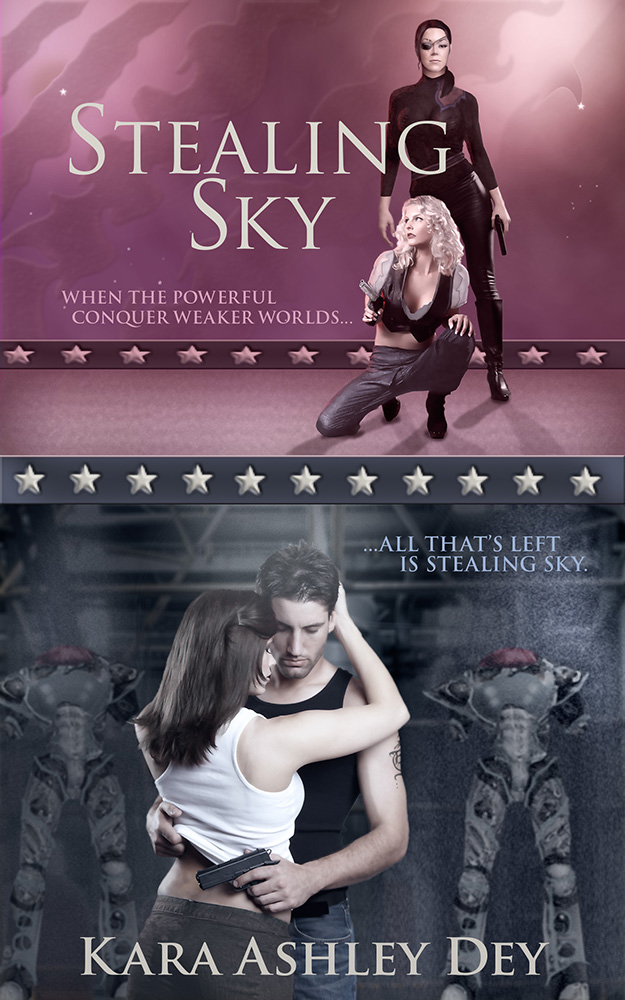 CASSIE BRINTMAN: Duke’s embarrassingly spoiled daughter to some, soiled scandalous socialite to others, Cassie is set on proving all opinions about her wrong. She only has to escape punishment on her Gran’s swamp planet and find a suitable husband on her own.  But plots and plans which take advantage of the sweetest of farm folk are destined to go awry and Cassie finds there are worse prison wardens in space.

SKAI WESTFORD: Returning home from his last tour of duty in the Duke’s Red Flag Squadron, Skai settles back to life with his father and brother on NuTierra Ba.  The last thing he wants is feminine drama, but it seems his boss’s granddaughter has no concern for his wants or his family’s well being. When he takes a stand against her manipulative flirtations with his brother, Skai finds himself far from home and completely S.O.L.

Captain Alexxus: More than money drives this captain and her crew, aboard Heaven’s Hand. None but those closest to her know the secret to her quest–a secret linked to her eye-patch and the scar she rubs, her only tell to the horrors she has seen. She has a secret agenda that could destroy all of them.

Vixen: Captain Alexxus’s First Mate, she will follow her beloved captain to the Eternal Tree of Eden or the depths of hell.

Edmund Greene: The Duke’s Arrow. An assassin with a special interest in chasing down Heaven’s Hand, he’s intent on revenge and revisiting old addictions.