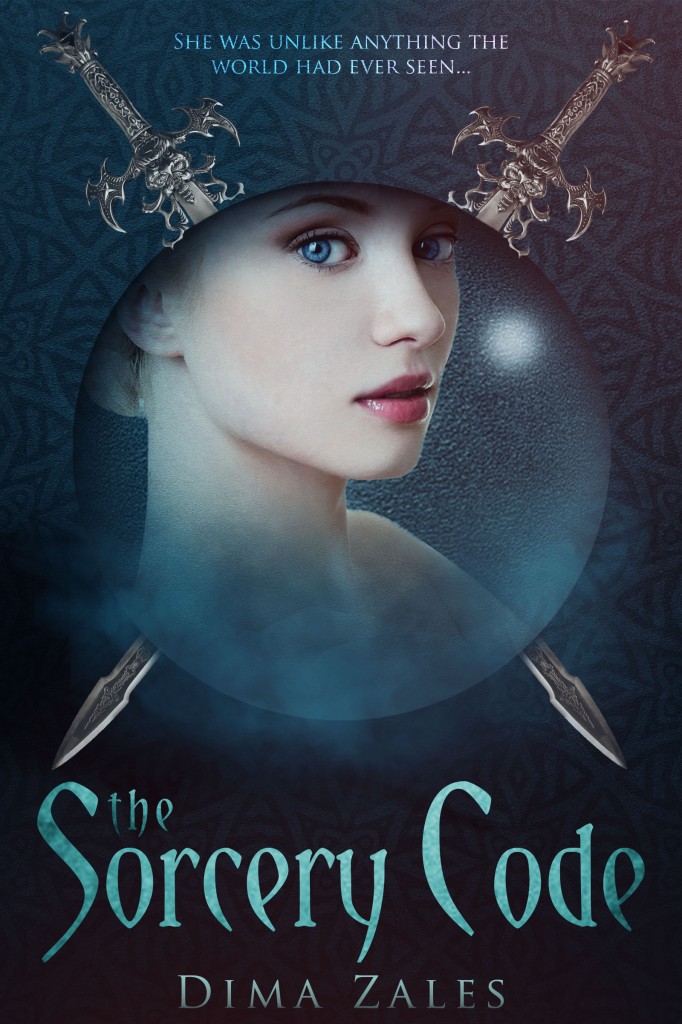 There was a naked woman on the floor of Blaise’s study.

Stunned, Blaise stared at the gorgeous creature who just appeared out of thin air. She was looking around with a bewildered expression on her face, apparently as shocked to be there as he was to be seeing her. Her wavy blond hair streamed down her back, partially covering a body that appeared to be perfection itself. Blaise tried not to think about that body and to focus on the situation instead.

A woman. A She, not an It. Blaise could hardly believe it. Could it be? Could this girl be the Object?

She was sitting with her legs folded underneath her, propping herself up with one slim arm. There was something awkward about that pose, as though she didn’t know what to do with her own limbs. In general, despite the curves that marked her a fully grown woman, there was a child-like innocence in the way she sat there, completely unselfconscious and totally unaware of her own appeal.

Clearing his throat, Blaise tried to think of what to say. In his wildest dreams, he could’ve never imagined this kind of outcome to the project that had consumed his entire life for the past several months.

Hearing the sound, she turned her head to look at him, and Blaise found himself staring into a pair of unusually clear blue eyes.

She blinked, then cocked her head to the side, studying him with visible curiosity. Blaise wondered what she was seeing. He hadn’t seen the light of day in weeks, and he wouldn’t be surprised if he looked like a mad sorcerer at this point. There was probably a week’s worth of stubble covering his face, and he knew his dark hair was unbrushed and sticking out in every direction. If he’d known he would be facing a beautiful woman today, he would’ve done a grooming spell in the morning.

“Who am I?” she asked, startling Blaise. Her voice was soft and feminine, as alluring as the rest of her. “What is this place?”

“You don’t know?” Blaise was glad he finally managed to string together a semi-coherent sentence. “You don’t know who you are or where you are?”

“What am I?” she asked again, staring at him with those incredible eyes.

“Well,” Blaise said slowly, “if you’re not some cruel prankster or a figment of my imagination, then it’s somewhat difficult to explain . . .”

She was watching his mouth as he spoke, and when he stopped, she looked up again, meeting his gaze. “It’s strange,” she said, “hearing words like that in real time. These are the first real words I’ve heard.”

Blaise felt a chill go down his spine. Getting up from his chair, he began to pace, trying to keep his eyes off her nude body. He had been expecting something to appear. A magical object, a thing. He just hadn’t known what form that thing would take. A mirror, perhaps, or a lamp. Maybe even something as unusual as the Life Capture Sphere that sat on his desk like a large round diamond.

But a person? A female person at that?

To be fair, he had been trying to make the object intelligent, to ensure it would have the ability to comprehend human language and convert it into the code. Maybe he shouldn’t be so surprised that the intelligence he invoked took on a human shape.

“Why are you walking like that?” She slowly got to her feet, her movements uncertain and strangely clumsy. “Should I be walking too? Is that how people talk to each other?”

Blaise stopped in front of her, doing his best to keep his eyes above her neck. “I’m sorry. I’m not accustomed to naked women in my study.”

“Is something wrong with the way I look?” she asked. It was such a typically feminine concern that Blaise had to stifle a smile.

“Quite the opposite,” he assured her. “You look unimaginably good.” So good, in fact, that he was having trouble concentrating on anything but her delicate curves. She was of medium height, and so perfectly proportioned that she could’ve been used as a sculptor’s template.

“Why do I look this way?” A small frown creased her smooth forehead. “What am I?” That last part seemed to be puzzling her the most.

Blaise took a deep breath, trying to calm his racing pulse. “I think I can try to venture a guess, but before I do, I want to give you some clothing. Please wait here – I’ll be right back.”

And without waiting for her answer, he hurried out of the room.

Dima Zales is a full-time science fiction and fantasy author residing in Palm Coast, Florida. Prior to becoming a writer, he worked in the software development industry in New York as both a programmer and an executive. From high-frequency trading software for big banks to mobile apps for popular magazines, Dima has done it all. In 2013, he left the software industry in order to concentrate on his writing career.

Dima holds a Master’s degree in Computer Science from NYU and a dual undergraduate degree in Computer Science / Psychology from Brooklyn College. He also has a number of hobbies and interests, the most unusual of which might be professional-level mentalism. He simulates mind-reading on stage and close-up, and has done shows for corporations, wealthy individuals, and friends.

He is also into healthy eating and fitness, so he should live long enough to finish all the book projects he starts. In fact, he very much hopes to catch the technological advancements that might let him live forever (biologically or otherwise). Aside from that, he also enjoys learning about current and future technologies that might enhance our lives, including artificial intelligence, biofeedback, brain-to-computer interfaces, and brain-enhancing implants.

Anna Zaires is the love of his life and a huge inspiration in every aspect of his writing. She definitely adds her magic touch to anything Dima creates, and the books would not be the same without her. Dima’s fans are strongly encouraged to learn more about Anna and her work at http://www.annazaires.com. 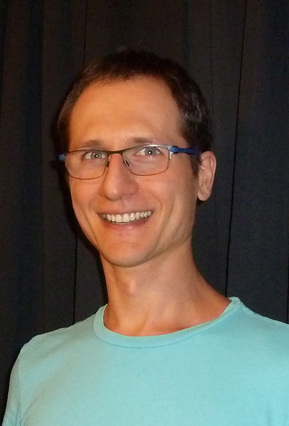 Website: www.dimazales.com – home page has a sign up for newsletter which is the best way to get notified when new books are released.

Wowie! Love that cover! And the excerpt. I’m looking forward to checking this one out! Thanks for the sneak peek Dima Zales! And thanks for stopping by, dear readers. Keep a look out for a Halloween announcement from moi, coming soon!