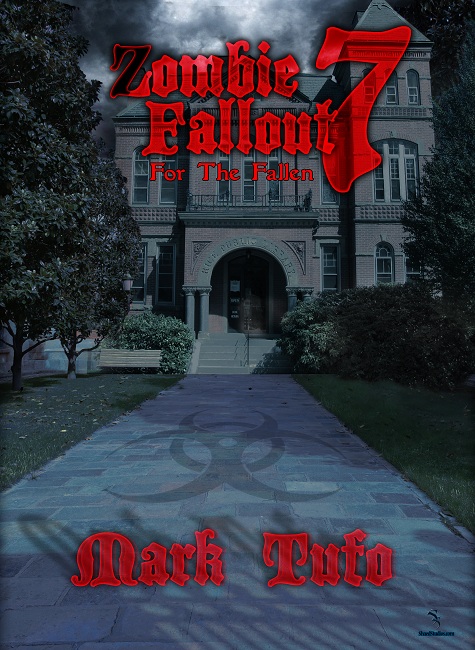 Zombie Fallout 7
by Mark Tufo
Publication Date: June 17, 2013
Mike is back. The battle with Eliza is past. Now Mike must strike out once again in a desperate race against time as his son and best friend are succumbing to the zombie virus within them. What he does not know is that an old foe has risen up and a more insidious threat has emerged to not just the Talbots but all of humanity.
Goodreads Link:
https://www.goodreads.com/series/71761-zombie-fallout 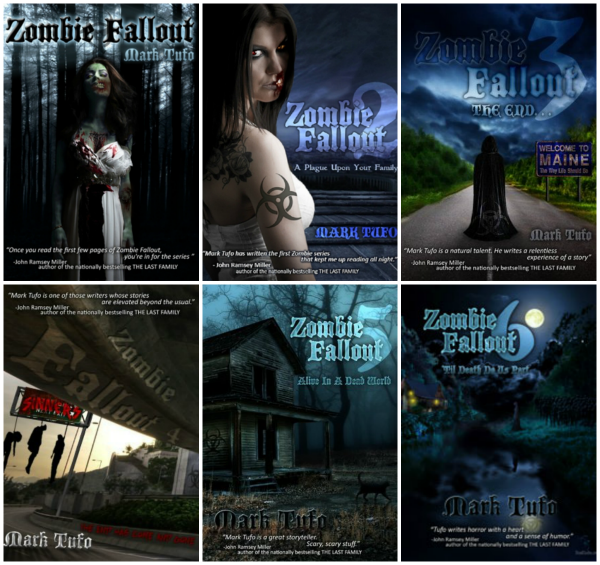 Mark Tufo is the creator of the Zombie Fallout series, which feature everyman hero Mike Talbot.

Mark Tufo was born in Boston Massachusetts. He attended UMASS Amherst where he obtained a BA and later joined the US Marine Corp. He was stationed at Parris Island SC, Twenty Nine Palms CA, and Kaneohe Bay HI.

After his tour of duty, he went into the Human Resources field with a worldwide financial institution and has since gone back to college at CTU to complete his Masters.

He wrote the first installment of the Indian Hill Trilogy whilst in college. This manuscript was stored in his garage until July 2009, when he published it on Kindle at his wife’s insistence.

At the time of this writing, Mark has since written the extremely popular Zombie Fallout series comprised of six serial novels, one prequel novella (Dr. Hugh Mann), and a related side story following the plague from the point of view of a zombie retaining human sentience (Timothy); two additional installments of the popular Indian Hill series; a metaphysical horror novel (The Spirit Clearing); two books following the trials of domesticated pets in the time of a zombie plague (The Book of Riley 1 & 2); a young adult version of Indian Hill entitled The Ravin (with a YA version of Indian Hill 2 scheduled for release in 2013); and a contribution to a compilation of zombie short stories (Undead Tales).

Mark’s books are generally written in a first person narrative style and crossover into several genres including horror, science fiction, and comedy. All of his books make some reference to the recurring semi-autobiographical character Michael Talbot and usually include some interesting insights into the real history of this unique author.

As of September 2012, Mark’s first film, Zombie Fallout is in pre-production with Illuminandi Media.