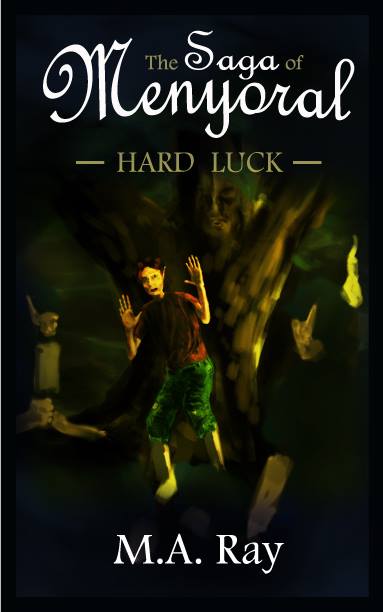 Dingus Xavier has the worst luck ever. As if just being named “Dingus” weren’t enough, he’s the red-headed, oversized son of an elven mother and an absent, human father given to banditry.
.
He might also be a berserker — and that’s just the stuff he knows about.
.
After Dingus’s personal idol happens along in time to rescue him from an angry mob, Sir Vandis Vail expresses an interest in training him. Being part of the Knights of the Air, as Vandis’s Squire, no less, is something he’s always dreamed of, but never thought he could have. He thinks his luck might actually be starting to turn around.
.
He couldn’t be more wrong. Nobody bargained on the Glorious Kingdom of Muscoda and its state religion, or on how far they’d be willing to go to suppress the Knights of the Air.
Dingus thought he had it bad before, but his rotten luck is only beginning.
.
And  a little about the author:
M.A. Ray shares space with a husband, two kids, a cat, and approximately a ton of printed matter. She loves fairy tales.
.
Author Contact links:
Facebook: www.facebook.com/marayauthor
Twitter: @menyoral
https://www.twitter.com/menyoral
Blog: menyoral.wordpress.com
.
I’m marking my calendar, folks.  This looks like a fun adventure!
–Kara xxooxx