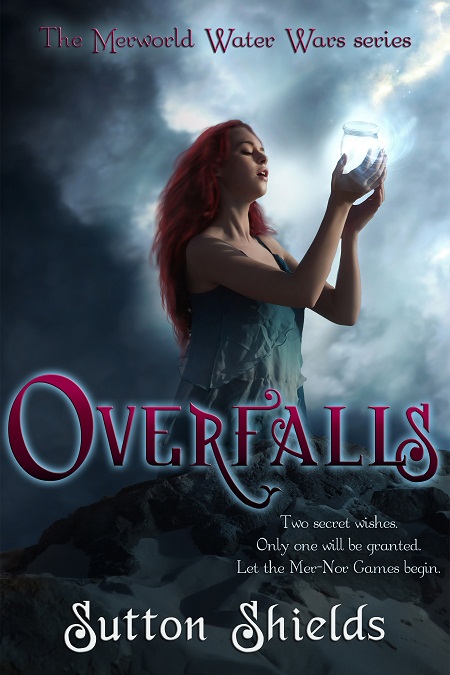 Two secret wishes. Only one will be granted. Let the Mer-Nor Games begin.

Unlike most high school seniors, Marina Valentine isn’t sweating college (she’s outlawed from even applying), the prom (she has her dream date…possibly), or graduation (though surviving to rock the ill-fitting gown is iffy). No, she’s a little preoccupied with succeeding as a walking myth post-graduation. So, when Marina awakens as the one and only Siren Savior, she thinks the tide is about to turn on the merbitch’s mer-psycho family. Unfortunately, she has issues with her flighty Savior powers, and the timing couldn’t be worse. For with the arrival of a feared foe, comes the promise of a disastrous year…and that’s an understatement.

For years, mythological beings have awaited the fulfillment of a mysterious prophecy involving Merpeople, Normals, an epic clash, and a wish that could forever change one group’s destiny. But the real trouble begins when an assassin known as The Dealer starts sending her cryptic messages written on potentially lethal playing cards.

The Dealer makes one thing very clear: someone Marina loves will die. Now, she must find The Dealer before he (or she) finds his victim. But with everyone either a suspect or a target, how will Marina be able to uncover the truth before time runs out?

Not even the Siren Savior in all her power can prepare for the devastating answers.

Author Bio:
I’m a dreamer, believer in the unbelievable, and author of the upcoming series The Merworld Water Wars, FINNED (Wave One).

I’m a handbag-loving gal who LOVES to watch sports–football, baseball, basketball, NASCAR, you name it. I take being a fan very seriously.

One thing I love most is trying to make people smile, even if it means making a fool out of myself (trust me, my inner idiot is bound to make multiple appearances).

I have a completely irrational fear of grasshoppers, worry that piranha may secretly lurk in lakes, and try to find the bright side in everything, even if I annoy myself doing so. 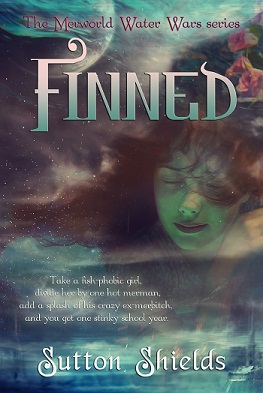 Finned (The Merworld Water Wars #1)
by Sutton Shields
Take a fish-phobic girl, divide her by one hot merman, add a splash of his crazy ex-merbitch, and you get one stinky school year.

Sixteen-year-old Marina Valentine is a rule-stretcher in an uptight Texas seaside town. She’s hormonally challenged, curious to a fault, hates fish, and has a dating resume that makes the queen look like a slut. It’s not that guys don’t ask her out. They do. She just has an unfortunate reaction to dating—uncontrollable gags. It’s not exactly a turn on.

One by one, her oddball friends start disappearing—much to the joy of the snobby high school royals—and Marina fears she is a walking bull’s eye. Inquiries into their disappearances lead to startling, gag-worthy discoveries. Toss in an increasingly inconvenient attraction to one of the royals—who holds the key to solving the mystery…in his fin—and it’s an anti-fish girl’s worst nightmare come true. Soon, Marina finds herself at the center of a looming underwater war that’s really going to play games with her love life.

As time closes in—and the Merpeople officially come out of the ocean—Marina must choose between the lives of her friends, the future of an underwater utopia, and the life of her first love. There’s just one problem. Where does a love-shy, fish-phobic, non-mergirl even begin…especially when her enemy may be the one person she trusted above everyone else?