Whether you are a writer, a dancer, a singer, a craftsman, or even a builder – creating takes passion. Passion it what drives you to a better you; it gives you the stamina to finish. So before you begin on that project, ask yourself – why do this?

For me, I started writing just to get those distracting daydreams out of my head. But to finish a short story, a book, or even an entire series, I needed more motivation than that. The majority of my writing has an ‘eco’ theme to it, and thus, my title – Eco-Fantasy Author. Even in my short story in Forbidden Future, I had to throw in the backstory of solar energy vs. nuclear energy, and why both can be harmful to the environment.

My books are definitely just that – a good (hopefully great) story told. But I hope my readers take away more from them. My goal is to spur them into action, even if it is simple like recycling more, starting a garden, or buying earth-friendly products! 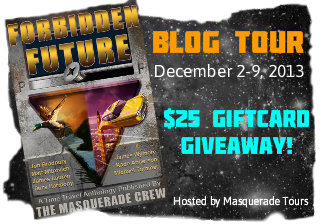 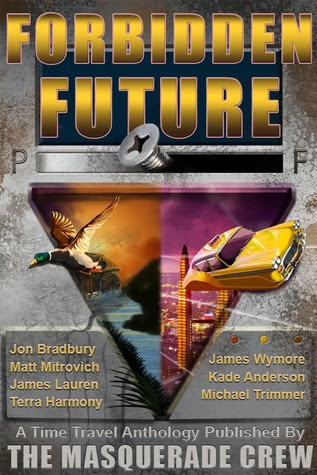 Publication Date: September 12, 2013
Publisher: Masquerade Publishing
Genre: Time Travel/Fantasy
Cover Designed by: Raphyel M. Jordan
“Jump”
by Jon Bradbury
Jesse Kendall’s fiancee is missing, ever since she answered a strange ad. His only lead is a deserted warehouse downtown. In that warehouse he will find so much more than he bargained for.
“Road Trip”
by Matt MitrovichFour friends drive to a college party and take an unexpected detour into the future.

by Terra HarmonyTake a ride on the ‘Energy of the Future’, where society gets a fresh, clean start – no matter who they have to leave behind.

A time machine technician has given his whole life to the pure scientific pursuit of the study of time travel.  When his personal life falls apart, he decides to risk it all and take a trip into the future.  First, he must remove a failsafe blocking the machine from traveling to the future.  What could be so bad that they tried to stop anybody from seeing it?

by Kade Anderson
The people of the town of Dignity go about their daily lives, trying to scrape out a meager existence from the dirt and the dust of their land, never taking notice of the mountains that loom in the distance. To the others, the mountains are benign, as harmless as the grass their cows graze upon. To the town’s Watcher, Julia, the mountains hold the key to a far greater mystery. 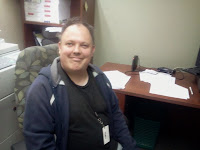 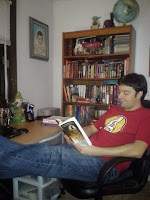 Matt Mitrovich is the founder and editor of Alternate History Weekly Update and a blogger on Amazing Stories. His new short story “Road Trip” can be found in Forbidden Future: A Time Travel Anthology. When not writing he works as an attorney, enjoys life with his beautiful wife Alana and prepares for the inevitable zombie apocalypse.
Website |  Facebook |  Twitter |  Goodreads
Terra Harmony

Terra is author of the eco-fantasy novels in the Akasha Series, ‘Water’, ‘Air’, ‘Fire’ and ‘Earth’, as well as the Painted Maidens Trilogy. Terra was born and raised in Colorado but has since lived in California, Texas, Utah, North Carolina, and Virginia. Terra has served a 5½ year enlistment in the Marine Corp, has earned her bachelor’s and master’s degree and presently runs the language services division of a small business. Terra currently lives in a suburb of Washington, DC with her husband of 14 years and three children.
Website |  Facebook |  Twitter
James Wymore 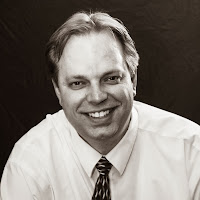 On a lifelong search for fantastic worlds hiding just out of sight, James Wymore writes to explore. With three books and six short stories in print after just one year, he continues to push the boundaries of imagination.
Website |  Facebook |  Twitter |  Goodreads
Kade Anderson

Kade Anderson is a writer from Atlanta, Georgia specializing in science fiction, fantasy, and occasionally finance.  “The Mountains Haven’t” is her first published short story, but she has also written two novels and co-written several screenplays, including the upcoming web series Life Online.  You can read the less interesting bits of Kade’s writing on her blog or follow her on Twitter.  Both feature frequent references to her habit of buying more books than she can read, and pictures of her pet rabbit, Epinephrine.
Website |  Twitter
JeriWB, Editor 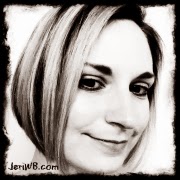 What a thrill to have Terra Harmony on the site! It’s a very good day indeed!