I’m so excited for you to read this excerpt! Without further ado, here are the wonderful phrases from A. D. Trosper! –Karaxxooxx 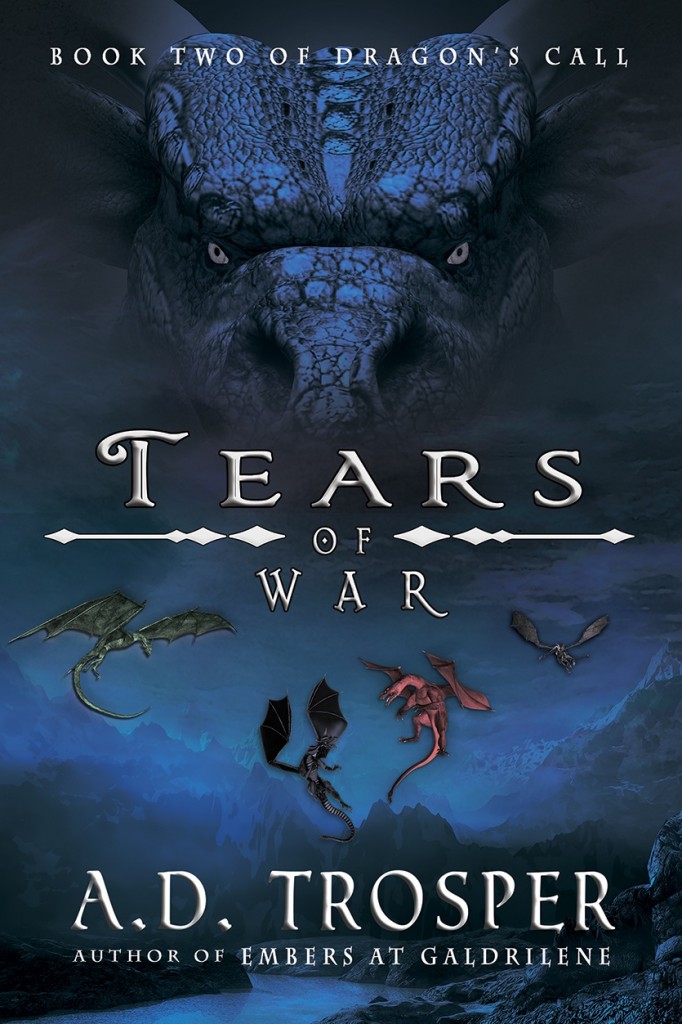 Vaddoc glanced back as they left the small town behind. Still three days north of Marden, they’d stayed only long enough to take a meal before riding on.

Kirynn twisted in her saddle to look back. “What?”

“Hmm?” Preoccupied with his own thoughts, he wasn’t really paying attention. A sharp jab to his shoulder immediately brought him to the present.

Her green eyes were narrowed and irritation showed plain on her face. Never one to have a lot of patience, she sighed. “Why are you looking back? What has you lost in your head?”

He glanced back at the town once more, a sense of unease worming its way through him. He turned back to her. “Something is wrong.”

Kirynn rolled her eyes. “Of course something is wrong. This is the third town we’ve visited where everyone looks beaten. Unless the people of Shadereen normally look whipped and frightened. I wouldn’t know since I’ve never been here before, although I was under the impression they were a bunch of stone faces like you.”

“Have patience, Vaddoc. You care for her, remember?” Namir’s sending cut through his the defensive irritation that flashed through him at her words.

“Why should I always be the patient one?”

Vaddoc heard a rumble of amusement in his mind as Namir answered, “Because one of you must and we both know it won’t be Kirynn. Syrakynn is not much better. Neither of them have much tolerance for round about answers or methods. Both prefer a direct and open approach to everything.”

Vaddoc sucked in a breath and let it out slowly, allowing the negative emotions to flow out with it. Namir was right, as usual. With his emotions fully under control he answered Kirynn. “Everyone here is not a ‘stone face’ like me, but they certainly do not act like that. I have never seen my people so afraid or tense. If the Kojen invade a town, the people will grab anything that can be used as a weapon and charge into the fight.”

He shifted the reins in his hands and guided the horse to the edge of the road as a wagon rumbled past on its way to the town they’d just left. Vaddoc tried to catch the eye of the driver, but the man kept his head down, staring dully at the rump of the horse pulling the wagon.

He finally looked up in surprise when the horse stopped short. Kirynn was blocking the road with her horse. Vaddoc watched as wary distrust filled the man’s face. She flipped her braid over her shoulder and glared at the man. “What is wrong with you?”

Vaddoc mentally counted to ten and tried to keep his voice civil. “Kirynn, what are you doing?”

She shot him a glare before turning back to the wagon driver. “I asked what was wrong with you. First, all of them,” she jerked her thumb back toward the village, “are slinking around like dogs that have just been beat. Now here you are with the same manner about you. I was given the impression Shaderians were warriors, but that isn’t what it looks like to me.”

Anger flashed on the man’s face. “You must be recently come to Shadereen or you would not talk like this. We are warriors, we are brave.” His face crumpled. “But what is that in the face of dragons?”

“Dragons?” Vaddoc tried to keep his voice even.

The man looked at him for the first time. “She is not Shaderian, but you are, so you should know. Then again, maybe not. These are strange and dangerous times.” He ran his hands over his face. “Yes, dragons. Blacker than a night without a moon and with evil in their eyes, ridden by people with the same evil. There was no defense against them. How do you fight magic shadows? Or fire that is breathed faster than anyone can hope to put out? How do you fight against magic?”

He looked wildly between Vaddoc and Kirynn. “You can call me crazy if you want!” His voice rose until he was nearly shouting. “Think whatever you will, but magic and dragons are loose again and it will be your own heads you lose if you do not start believing real quick!”

He slapped the cart horse with the reins, nearly running it into Kirynn. She quickly moved her horse out of the way and watched the man and wagon pass with her eyes wide and her mouth slightly open. She turned to Vaddoc. “You have strange people in your birthplace, Vaddoc.”

Vaddoc stared at her. “He just said Shadow Riders and their dragons were here burning things and you are worried about how he acted?”

She shook her head and gazed back at him. “I’m not surprised. A little irritated they beat us here, but I rather expected it.”

She rode her horse past him, reaching out to pat his cheek on the way by. “Because it’s what I would do if I were them. They need control of the nations too. Now it’s up to us to see if we can wrest Shadereen’s freedom back from them.”

He nudged his horse forward and rode next to her. “Why did you not say anything?”

She smiled. “Why didn’t you think of it? Besides, I was hoping we would make it here first. Your plan to ride in on horses and approach all of this quietly made sense if we were first. But, we aren’t. Tomorrow we stable the horses at the next town and finish this trip on our dragons.”

“Are you sure that is a good idea?”

She nodded. “If the past three towns are any indication, Shadereen has been torn down and is drowning in fear and apathy. We need to shock them out of it. Tell me, how shocked do you think the King of Shadereen will be when two dragons land on his doorstep?”

Vaddoc couldn’t help the chuckle that rose at the mental picture she painted. “Shocked enough that I hope they do not kill us before we can explain.”

About A. D. Trosper 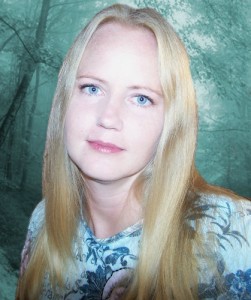 Writer, mother, ruler of the world inside her head.

A.D. Trosper is the author of the bestselling, award winning Dragon’s Call series. The first and second books are already out under the titles Embers at Galdrilene and Tears of War. She has also written a children’s book and has three books planned for release in 2014. A.D. enjoys writing in a variety of genres including epic fantasy, urban fantasy, and paranormal romance.

An avid lover of animals, she has rescued and rehabbed horses, goats, dogs and cats. When not writing, she spends time with her family and pets. She is convinced chocolate is a necessary food group and magic is real (not always the way we think it is, but real nonetheless).

You can find out more about A.D. Trosper and her books at: http://adtrosper.wordpress.com/