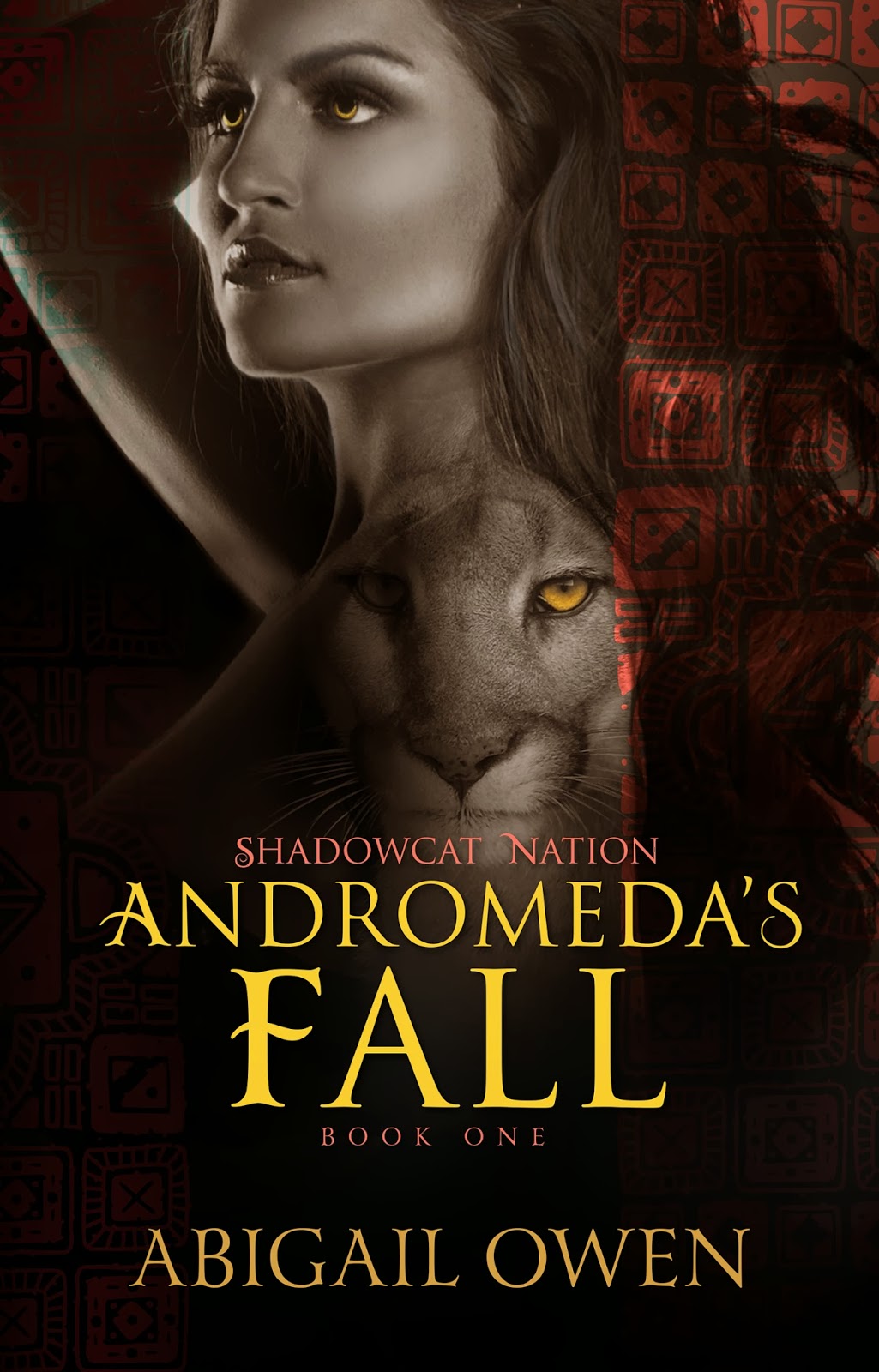 Andie Reynolds is being hunted. After witnessing her mother’s violent death at the hands of a pack of wolf shifters, Andie has devoted her life to protecting her community of cougar shifters from a similar fate. But now, a greater threat lies within her own dare, and she must run. If she stays, Kyle Carstairs will try to force their Mating, seeking the added power their union would provide.

Andie would rather chew off her own foot than end up with Kyle. Though, knowing him, she won’t live long either way. Andie’s only hope of survival is to Mate the Alpha of the Keller Dare with which she is seeking asylum. But before she can get to him, Andie must first go through A.J., one of the Alpha’s Protectors. The incredibly frustrating shifter insists on challenging her story, her skills, her trust… and her heart.

Andie is running out of options and out of time. But risking the life of someone she loves – just to save herself – goes against every instinct she has.

Andie crouched low, obscured from view in the underbrush, and watched the compound with a quiet patience born of experience. If her calculations were correct, the next patrol of guards would pass by within the minute. Her posture and expression didn’t shift an inch when, moments later, she was proven correct. As soon as the patrol passed out of sight, Andie moved, swift and silent as a shadow. She sprinted across the well-cut lawn, ignoring the pain radiating throughout her body, and was up and over the wall, using her momentum and the corners formed by a turn in the wall surrounding the installation. She dropped to the ground on the other side with a barely audible thud.
Andie found herself on the back side of a well-manicured garden. She stayed completely still, crouched low to the ground once more, and took her time observing her location. Ahead, about the length of a football field, she could see light from the main building in the complex. The glow spilled from a pair of glass doors and across the trees and plants, creating patches of dark and light.
A plan in mind, Andie moved again, using the pools of darkness and groupings of plants for cover. She didn’t go for the doors. They were too obvious and were likely wired for the alarm system and required some kind of code to get in and out. But on the second floor, one of the windows was wide open, allowing the cool nighttime breeze in. With agile grace, Andie swung herself up into the branches of a large tree. She took care to only use her right arm, which slowed her down a bit. As quickly as she could without rustling the leaves, she made her way up to the branch closest to that open window. And she stopped again. And observed.
Andie didn’t move for close to thirty minutes as she watched. And then, without any warning, she leapt, putting all the power of her feline form into the action. She didn’t shift exactly – she was trying to avoid that right now since it would be seen as a direct threat – but she used the might of the beast inside her to clear the distance to the window. She sailed through the opening and immediately tucked and rolled as she hit the ground. She found her feet and returned to her crouch.
Using her cat’s hearing, she waited. Someone might have heard the sound of her landing. Her injured left arm was messing with her usual finesse. At the same time as she listened, she also turned in a slow circle, checking that room she was in was empty. Many minutes later, satisfied that she was alone and that no one was coming for her… yet… Andie moved to the door of the room she currently occupied. Cracking it open a hair, she looked down the hallway.
She tensed to open the door all the way and then froze in place when a deep, male voice sounded from directly behind her, “Stop where you are.”
Dammit, Andie thought. How the hell did he find me? 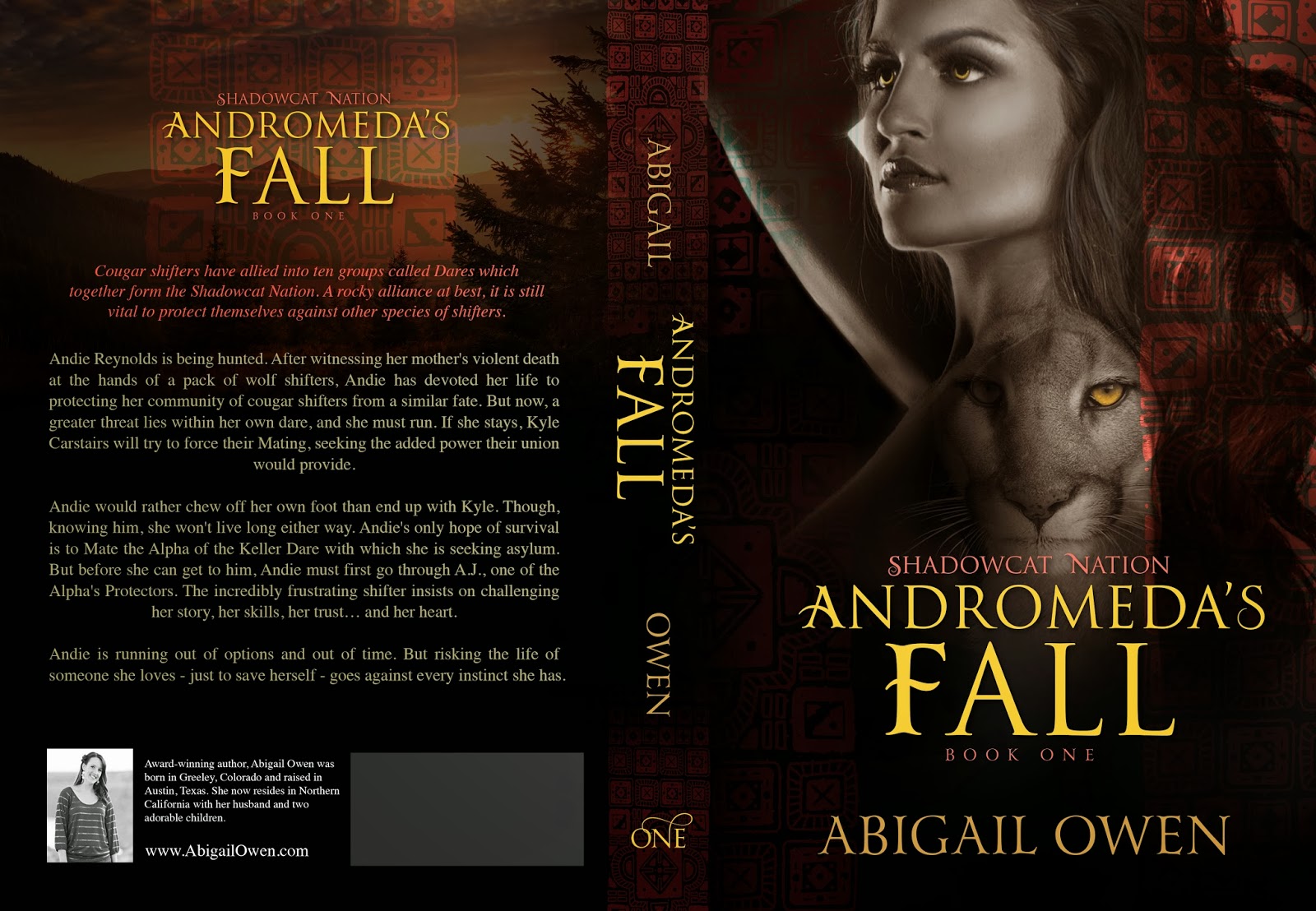 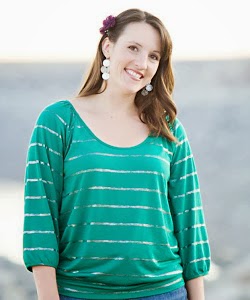 Award-winning author, Abigail Owen was born in Greeley, Colorado and raised in Austin, Texas. She now resides in Northern California with her husband and two adorable children who are the center of her universe.

Abigail grew up consuming books and exploring the world through her writing. A fourth generation graduate of Texas A&M University, she attempted to find a practical career related to her favorite pastime by obtaining a degree in English Rhetoric/Technical Writing. However, she swiftly discovered that writing without imagination is not nearly as fun as writing with it. Website  |  Facebook  |  Twitter  |  Goodreads