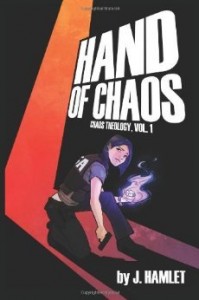 Exhausted, cynical, and confused, Anna is always there to report for duty. She’s part of a clandestine government team that defends the nation against supernatural terrorism—a job that understandably leaves her life in shambles and drives her to drink a little more than she should. Toss in a fear of intimacy with a desire to have friends and lovers like a normal person and, well, Anna is a troubled soul wrapped in a special agent with arcane, magical powers. Waking up hungover at five–­thirty in the morning with a zombie­–infested apartment building in the heart of DC to deal with, she knows she’s got the makings of the worst morning possible.

Her team is its own challenge. A battle­–scarred Nigerian shaman, a bookish shape­shifter, an inept summoner, and a brilliant but cantankerous wizard round it all out. Her partner, an immortal and cursed Paladin, is the only person she knows more jaded than herself. Getting them all to work together is never easy, with Anna often caught in the cross fire.

Their target, Ethan Morgan, is one pissed off necromancer. His brother was KIA by his own government, the victim of an experimental magical weapon they decided to test on the battlefield. Now bent on revenge and sponsored by one of hell’s most powerful demons, Ethan has a plan of his own to make us all pay. Anna and her team are fighting against the wake of destruction, but Ethan is always one step ahead. With the number of bodies he leaves and reanimates growing exponentially, Anna’s wondering if they’ll stop him before he engulfs everyone in an undead horde. 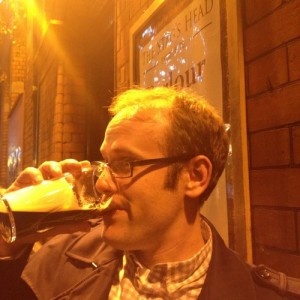 Everyone needs a hobby. And, like most people, I hope one day that my hobby will liberate me from my mind–­numbing day job. I chose writing. Not one of the easier ones. I chose it at the tender age of 14, churning out terrible science fiction novels that heaped on the cliches and barely hidden tropes of all space operas. Thankfully, those creations reside in the prison of an old Commodore 64 hard drive and several 3.5″ disks (kids, ask your parents) in a landfill somewhere. And, let me be clear, the world is better for it.

Along the way, I kept writing. Through college. Through grad school. Through the beginning of my career, such as it is. I like to believe I picked up skills. I wanted to write novels that had things I wanted to see. Hand of Chaos, my debut novel, brings together elements of a spy thriller and a police procedural with dark and urban fantasy. I followed that with Scarred Earth, a serial alien invasion novel I’m releasing entirely through tumblr. I’m probably going about this all wrong, but I don’t know any other way.

DON’T FORGET ABOUT THE GIVEAWAY!

I received a copy of this book for my honest review.Strong urban fantasy.This urban fantasy went much deeper than most with its world building, including a well developed magic system and believable main characters. Anna packs a punch; I appreciate that. Hamlet balances the fantastic with the everyday or detective cliche, which only increases the charm. Strong action scenes, easy to visualize, kept me turning pages. And I always appreciate a well rounded antagonist–the more I learned about Ethan the more interesting he became.I give this book four stars for the authors ability to join the crime novel element with the fantastical so seamlessly, plus an extra star for all the wonderful details. Five stars total.